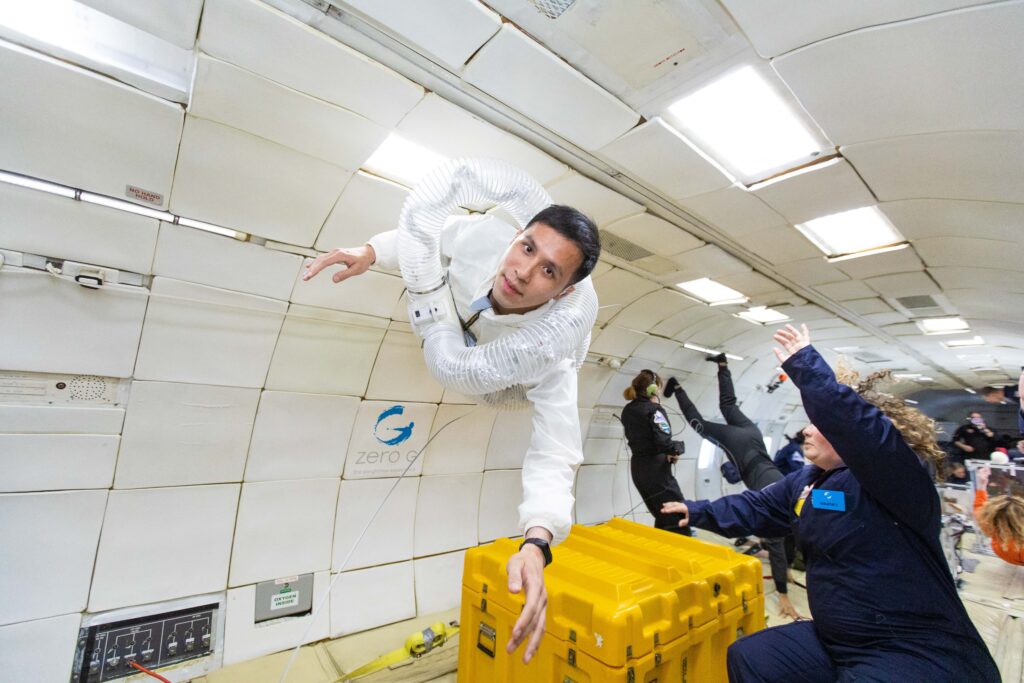 How could microgravity/hypergravity shape our perceptual experience of listening with weightlessness? How can we seek to exploit this spatial aspect of sound as a distinct parameter in its own right? Exploring our understandings of all of these qualities in tandem will play an essential role in this project. 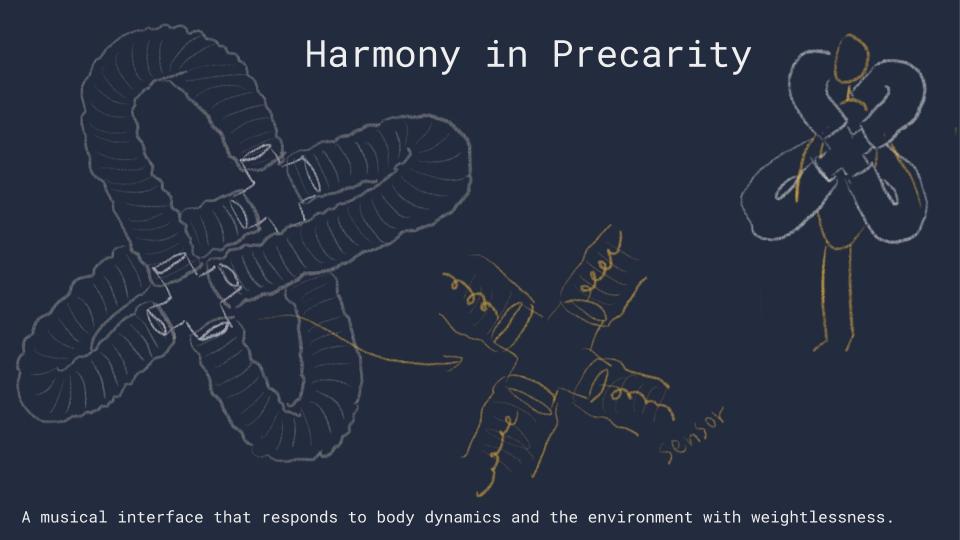 Harmony in Precarity is about making an augmented acoustic device to explore unfamiliar moments in microgravity. The rootless state in parabolas is a metaphor and generative method for “precarity.” Merriam-Webster’s Word of the Day introduces Precarity’s original meaning as “depending on the will or pleasure of another,” which comes from the Latin for prayer. Precarity is everywhere, it seems. Perhaps it is, as Anna Lowenhaupt Tsing writes, “the condition of our time.” It is also the defining feature of an entire class of people, the precariat. I regard the precarious spatiality and microgravity as an emerging form of sonic thought and imagination on space exploration.

The acoustic device can function as a wearable medium that reacts to the operator’s body dynamic or as an autonomous device with weightlessness. It simulates “rainstick,” an ancient musical instrument used by natives of South America to summon wind and rain and avoid drought. With multiple stick-piezo connected to extended springs inside plastic tubes as a contact microphone, the system captures piezoelectric signals when particles hit and transmit vibrations and collisions of fragmented debris inside the device to a customized sonification program during weightless periods. 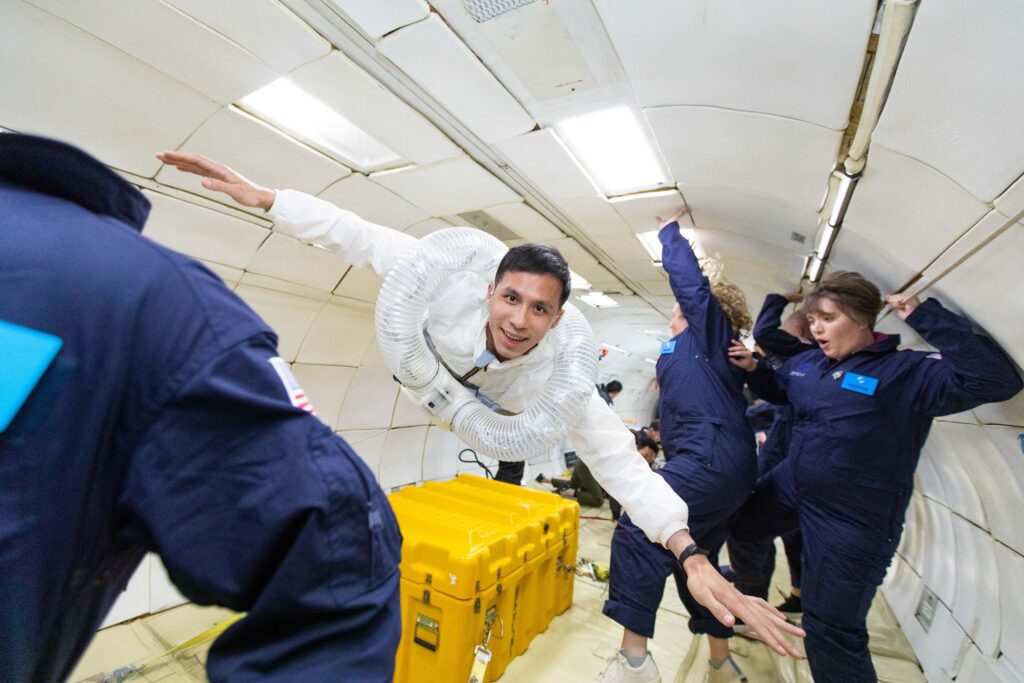