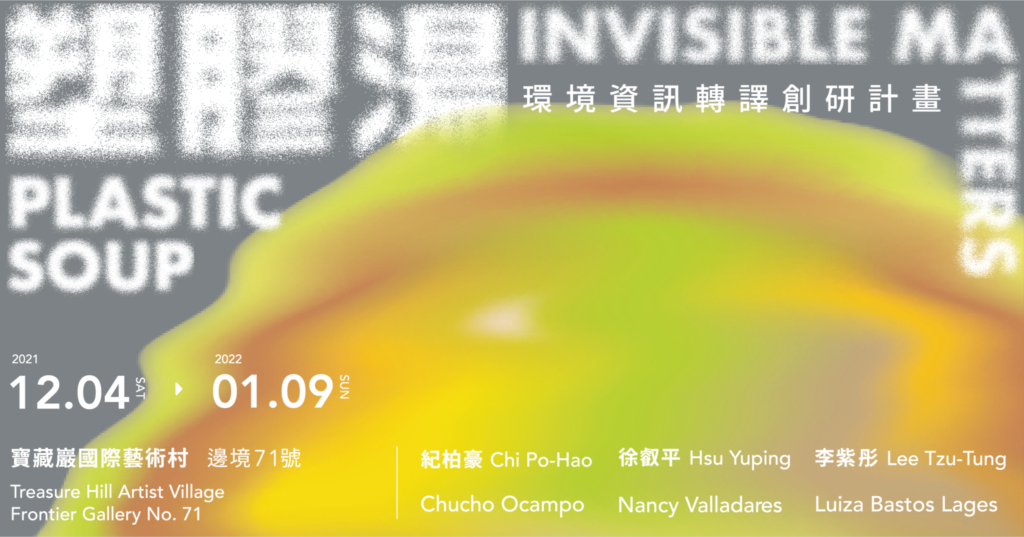 The overwhelming feeling of “climate change” represents a constant wavering- always somewhere between anxiety and helplessness. Or, as Donna Haraway has suggested, we now find ourselves caught in a state of “indecisive agitation”.”

‘Plastic Soup- Invisible Matters’ is a research-based project organized by Zone Sound Creative in partnership with multidisciplinary laboratory dériveLAB and culture space BEMA from Mexico. This international collaboration brought together artists from Taiwan and Latin America with backgrounds exploring the connections between art and technology. These artists were invited to respond to the concept of “Environmental Sensory” through their art practices, considering the entanglement of human and nonhuman elements in the environment.

After a year of exchange and remote collaboration, the artists utilized modular components to connect open-source environmental sensor networks and developed installation prototypes using digital fabrication technology. Public events were held in Taiwan and Latin America to showcase the project, inviting the audience to engage with the more-than-human aesthetic of the installations. In Mexico, dériveLAB launched the ⊛ PIP Ciudad Futuro project, building a futuristic environmental monitoring structure in the city. In Taiwan, the devices were designed to adapt to local conditions, offering a series of devices that could be moved around the city.

The project invites audience participation as an operator to reflect disturbances in the surrounding environment, allowing them to sense the visible and invisible layers of daily life and blur the boundary between the audience and artists. The general theme of the project is civic science and art. It includes a series of lectures and online features to promote interdisciplinary and cultural discussions between Taiwanese and Latin American artists. The project findings were presented at online artist talks and workshops in November 2021. The exhibition was on view from December 4th to January 9th, 2022, at Frontier Gallery No. 71, Treasure Hill Artists Village (Taiwan). ‘Plastic Soup’ aims to widen the dialogue and understanding between different fields and promote a deeper understanding of the environment and its impacts on our lives. 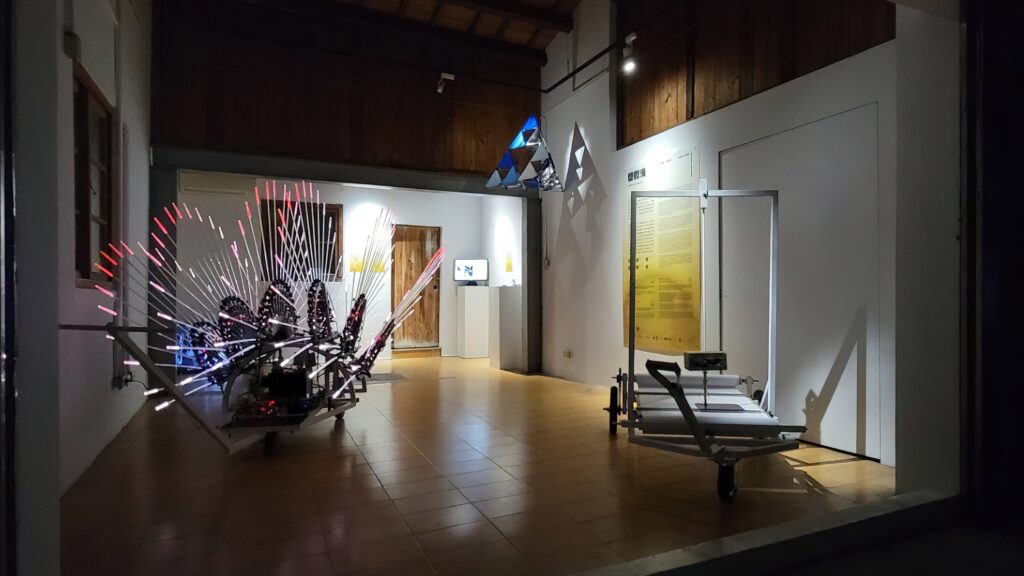 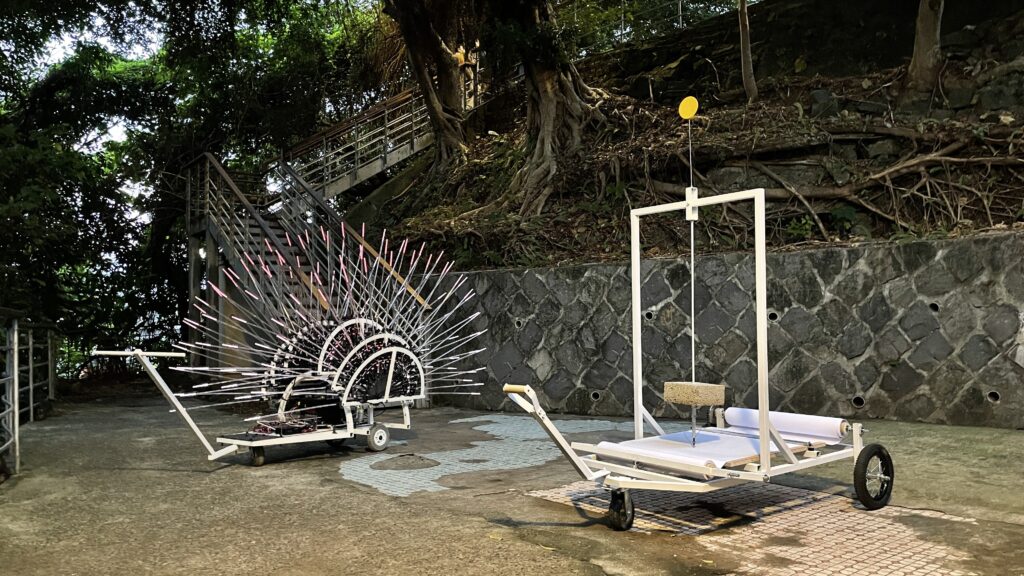 Audience can bring those portable devices out of the gallery. 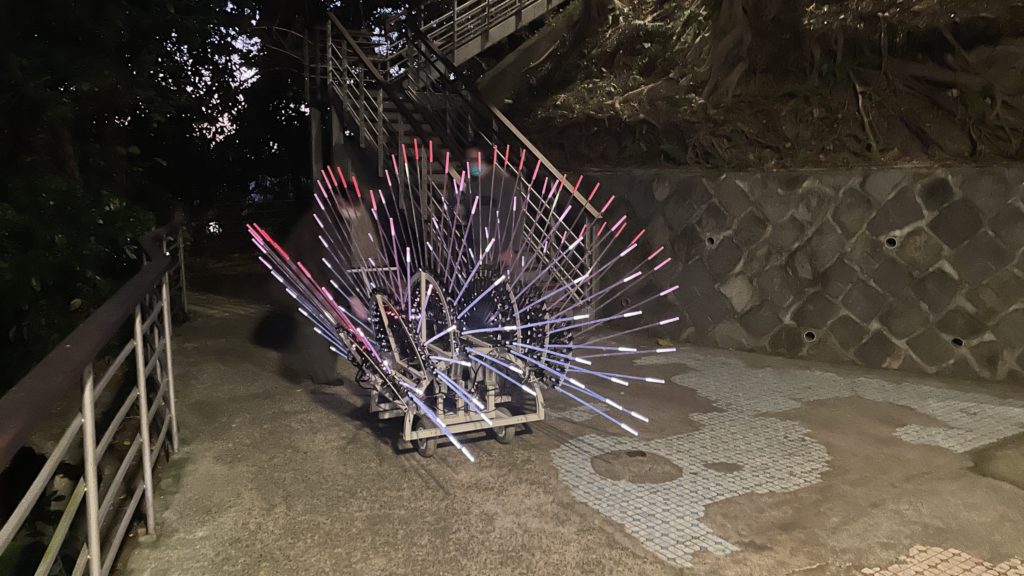 This work reacts to the surrounding light environment by lighting itself up as a night light in the dark. When the device senses lights from various directions, the area which receives the lighting will be dimmed. 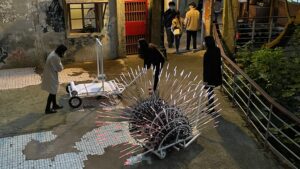 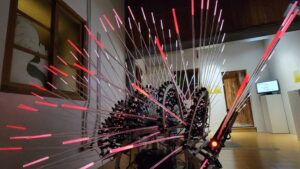 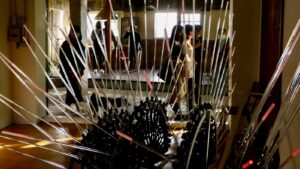 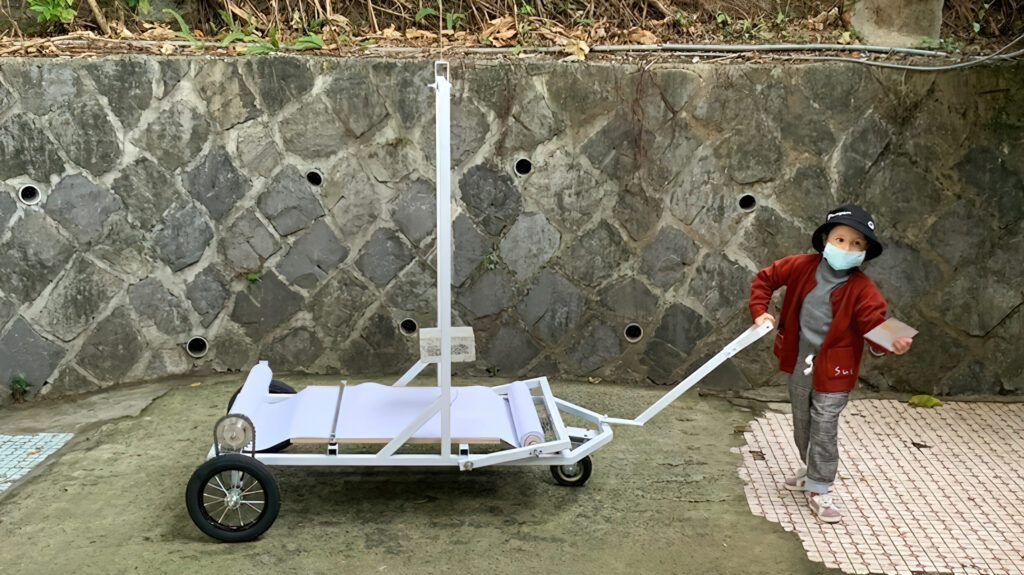 The work is a portable device that continuously documents the texture of the ground analogously. Traces are left on a paper reel by a pendulum whose movements are caused due to external disturbances. These disturbances result from the choreography between the operator, the device, and the environment. 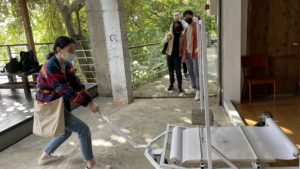 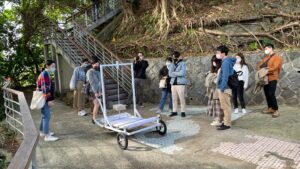 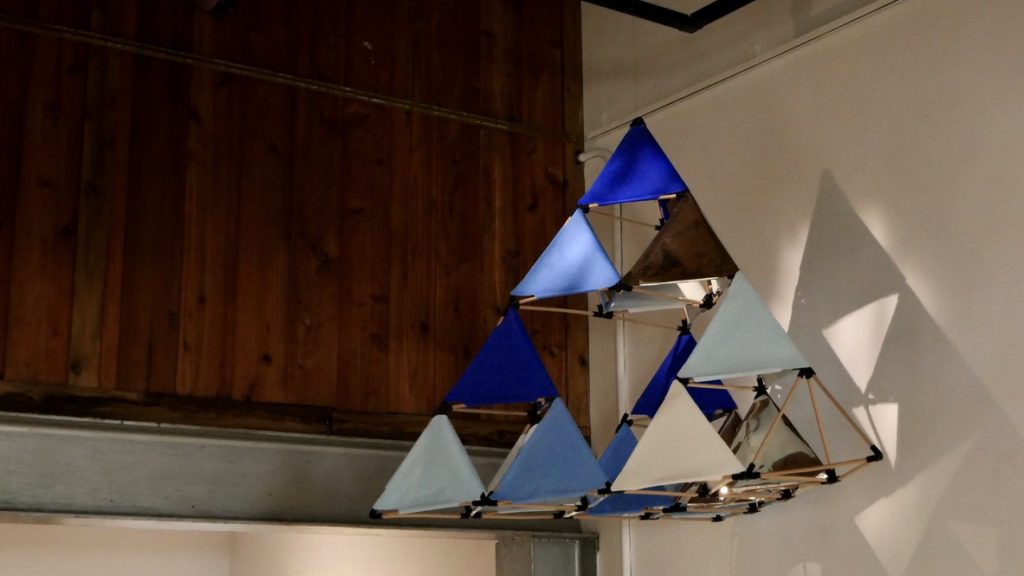 The work is conceived as a floating device that responds to airflow. Its modular structure allows self-adjustment in scale and form according to weather conditions, wind speeds, and direction. Flow is constructed out of tetrahedrons. Triangular pyramids form more giant tetrahedrons that, when repeated, form a fractal. These cellular tetrahedral kites are inspired by cell structures made by Alexander Graham Bell in the early days of aviation experimentation during the beginning of the 1900s. 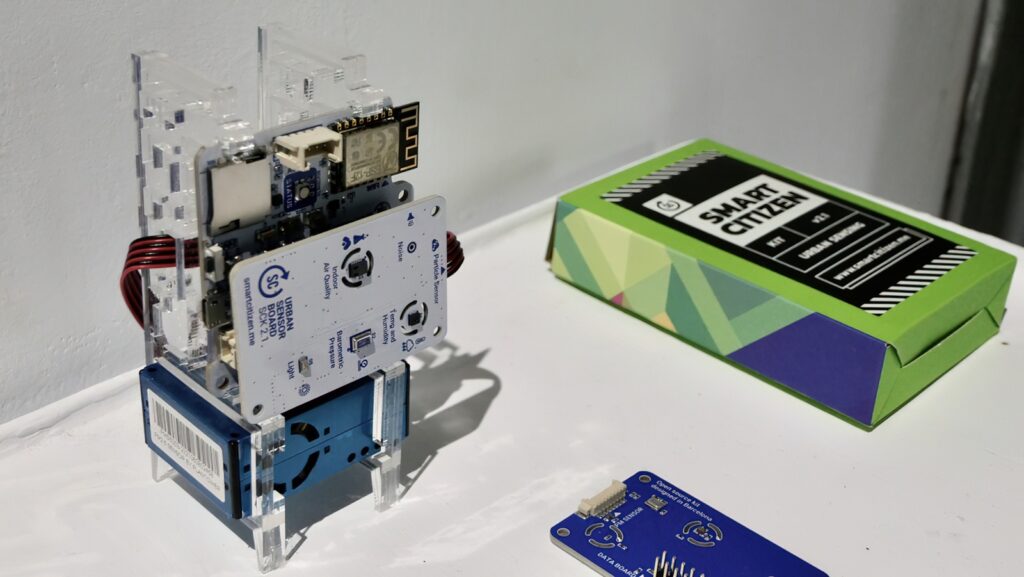 Environmental sensor kit used in this project with customized stands. 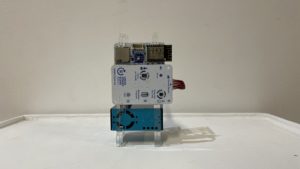 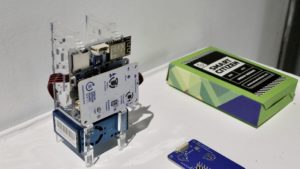 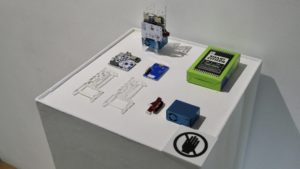 Screen shot from a smartphone. The user can compare two sensors from different locations. 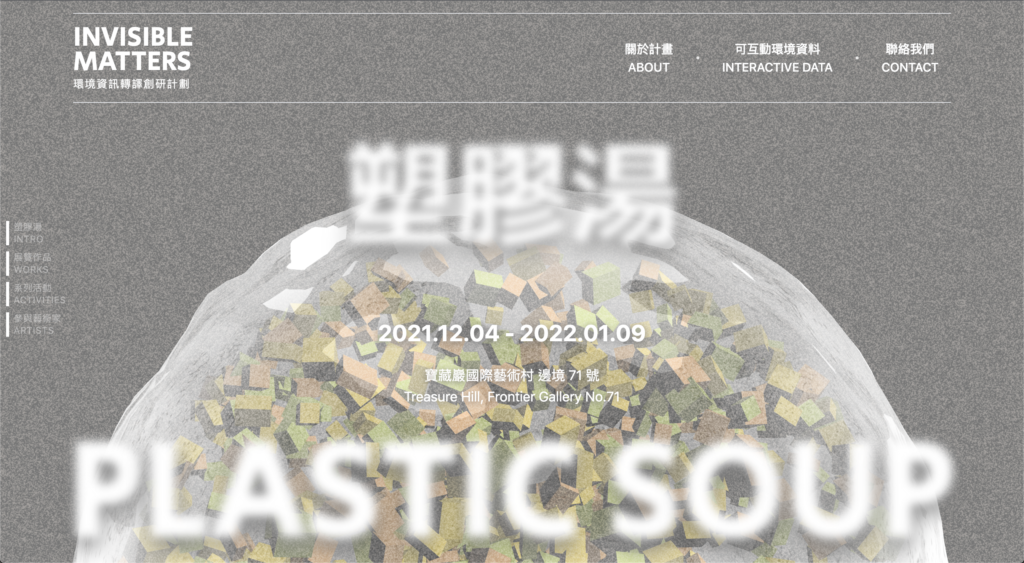 Screenshot of the interactive webpage from a laptop browser.