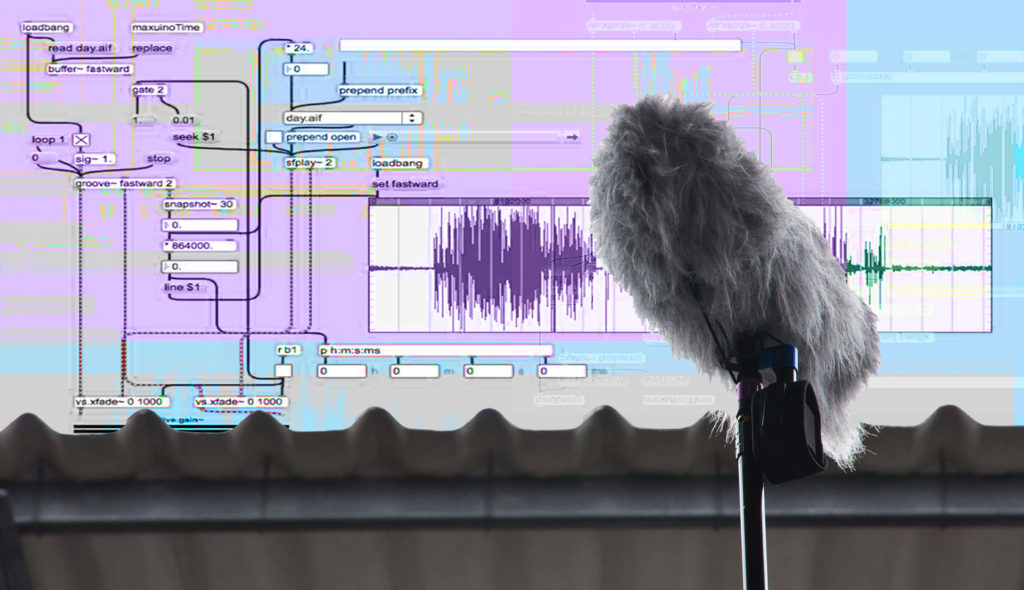 Rhythm Analysis is a series of research-based practices since 2013. It regards ‘rhythm’ as a form of structure and investigates how it exists in our daily lives. It is a reaction evoked by power relations and the impacts of a more massive system on individuals. If discerning the rhythms in space, one would realize that it’s not only a way to construct the human perception of time but also the clue to connect ‘the identical’ with ‘the different.’ Henri Lefebvre’s discourse indicated that rhythm is actually about repetition, linking together the hints of similarity and dissimilarity. I further realized that rhythm is also one of the regularity conditions and how sounds turned into music, and a continuous repetition can provide the foundation to highlight the sudden variations.

‘Rhythm’ is a form of structure. According to Anthony Giddens, the term ‘structure’ generally referred to “rules and resources,” and more specifically to “the structuring properties allowing the ‘binding’ of time-space in social systems.” A structure is a limitation as well as the direction of narratives, creation, and perception. Thus, rhythm functions repeating cycles in time, and the unity in diversity, perceived by a human being, originate from desire and influenced by external variables. 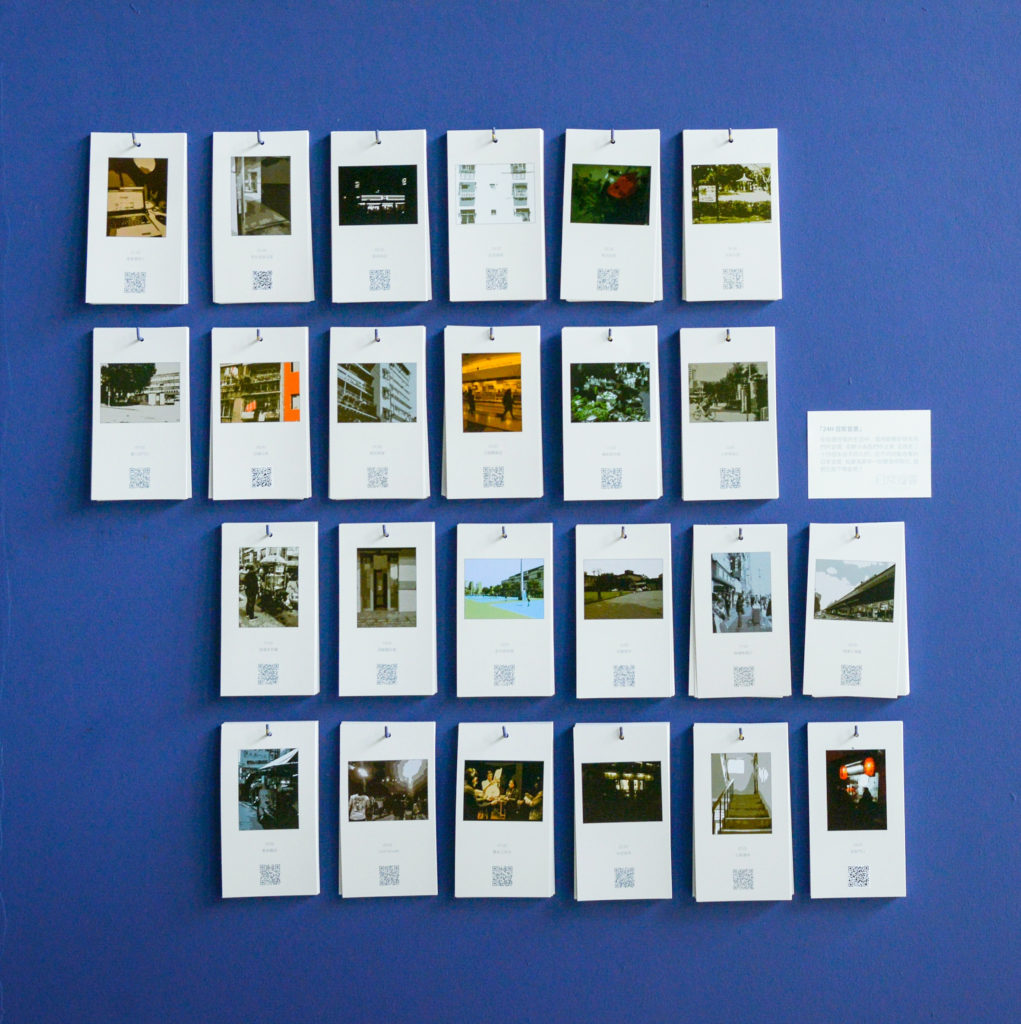 24 Hour Soundscape Diary is a participatory work developed from a workshop. Participants chose a time to record for a minute every hour in a day. These recordings then became 24 small cards with pictures and QR codes, which allow the audience to pick up and link to the corresponding soundtrack. 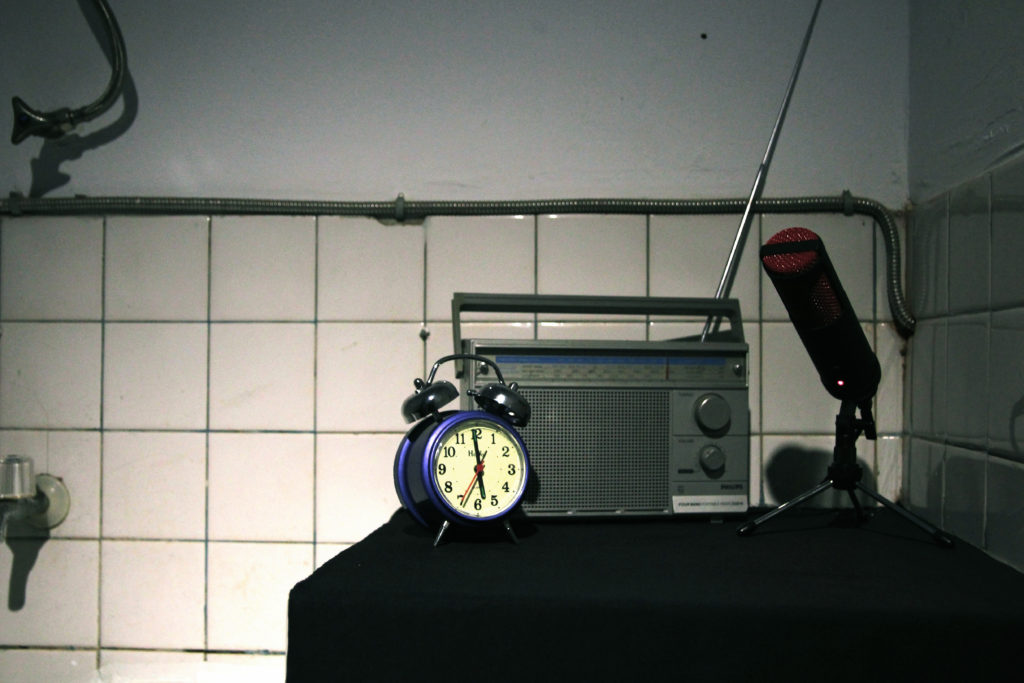 Daily Echois a system that automatically records and plays on the radio program and repeats the command every hour, blending with the fluctuations and resonant frequencies in the space. The recorded broadcasting fades out while the new layer covering on time by time.

Daily Echo consists of a radio, a clock, and a microphone. The radio broadcasting program will be recorded and replayed in the next hour. In the meantime, the radio keeps broadcasting the current program, and so on. By repeating this process, each hour of the broadcasting from the radio mixed with others, but the further from the present time, the content will be more blurry and blended with fluctuations and resonant frequencies in space, like a ripple. The clock sound is the only unchanged sound that happened in the same minute every hour. However, the clock sound will finally immerse into space and fade away with time. The method indicates the sum of relations among sound objects, the listener, and the environment. This project extends the listening experience on-site by investigating the existence of the sound in space, transmitting through space, and fades with space.

This image visualizes waveforms of field recordings made in a public space every hour in a day.

Time Concentrated is a computer-assisted composition project inspired by the recoding method of Felix Hess’ Air Pressure Fluctuations, with field recordings reproduced at more than a hundred times the original speed but remained the same pitches. It shows the dynamic and structure of the soundscape in a specific location, just like a time-lapse ‘phonography.’ I adopted modern digital signal processing techniques such as FFT, live looping, and spectrogram for analyzing the day-long recordings.

The information we received with our presence shapes the particular space’s sonic memory of a place, referring to Emily Thompson’s “The Soundscape of Modernity.” When analyzing a soundscape and its agency, people tend to associate these hearing experiences with the existing impressions and memories in their minds. However, the soundscapes are ever-changing and under constant construction. What they hear and remember is only a small part of them.

The Rhythm of Space 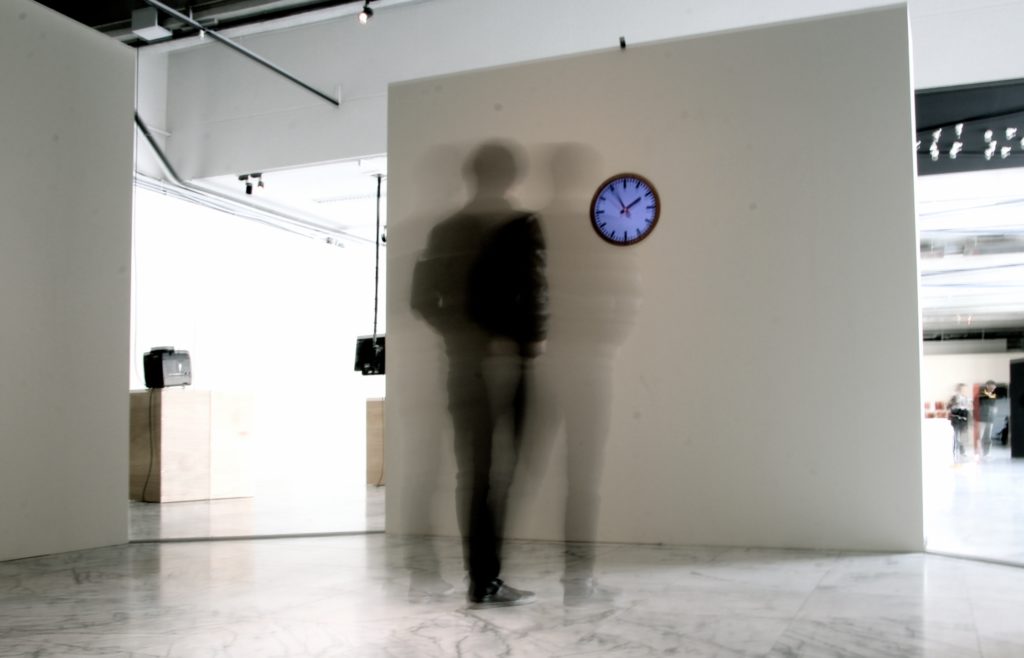 The Rhythm of the Space is a site-specific work that demonstrates the sound structure within a specific day at the Taipei Fine Arts Museum exhibition space. The 24 hours field-recording is accelerated a hundred times in its playback with the original frequency. Simultaneously, a clock that synchronizes with the playback speed is projected on the wall to indicate the sounds’ timeframes. When viewers stand in front of the clock, the playback slows down to an average rate; it then reaccelerates after leaving. This approach investigates the interrelations between listeners and their surrounding environment from both the micro and macro time scales.